A downloadable game for Windows and Android

The demo is now FREE - full game development put on hold due to lack of funding.

(the demo can be played as a stand alone 25 minutes quality experience :)

THE DOOR is an innovative escape room game with teleportation, story and puzzles.

"As you go through a door you encounter a beautiful landscape . You meet a confused but friendly robot. It joins you and helps you solve puzzles that  that may lead you to the big exit in the sky.”

If you like atmospheric games with story, puzzles and more than one twist - THE DOOR is likely a game for you.

Upon discovering and going through a secret digital door, you find yourself trapped in an alternate world together with a slightly needy and flying robot. Guided by the robot, you must find your way home through a series of doors and puzzles leading to the legendary exit in the sky. But, something is amiss: The omnipresent structure floating in the sky seems aware of your presence. What is it's intention, what is it doing here? And where is the way out from here?

Looking for publishing and investment.

Supported by the Danish Film Institute.

The builds here on Itch.io is currently a 25 minute demo of the initial gameplay and story, if you'd like to try it out and support our development :)

if you guys need funding why not start up a kickstarter? I am sure a lot of people who truly want to see this project flourish  wouldn't mind pledging a few dollars to make it happen

Thanks for the support! It's a good idea
- but from what we hear, it takes a lot of time and energy to make a succesful Kickstarter. With families on the side this is some… puzzle to solve :)

The white UI elements (back arrow, and sometimes even the cursor) can be invisible in the high-brightness backgrounds sometimes.

While I approve of the webcam idea in theory, it's hard to ethically pull off. Unless you tell a player up front that their camera may activate, it really isn't the right thing to do. You don't know who else may be in the room or what the camera may catch. I know it isn't transmitted but it's the difference between talking to someone on the phone and putting a bug in their house.  And if you tell the player up front you will certainly miss out on the surprise of the reveal.  I'm just not sure the needle can be threaded.

Thanks! And yes - the camera is a bold move…. perhaps a bit too bold ;)

Did a video on this game. Enjoyed it a lot, the robots written really well.

Thank you for the video and your kind words :)

I really liked it. The puzzles aren't too hard but are interesting. And the story is intriguing. I did run into some bugs, specifically the doors were getting bigger :)

Thanks for sharing- glad you like it!  - I wonder how you got the big doors? Hmm... I would love to say it's a feature... but it's not

Lol. Yeah I think I was very confused with that bug. 😀

Looks really promising! I would rate the game, but I believe it's better that I just leave a comment with my feedback and rate it once it's complete and not a demo.

THE DOOR has a nice visual style, simple controls and a really charismatic character that accompanies you along the way. There are a couple of issues that are normal in a work in progress. For example, objects clipping each other when completing a puzzle, which kind of breaks the visual effect. Also, pressing Escape makes a menu appear on top of the game, but doesn't actually pause it, which feels weird. Apart from that, I'd say the puzzles are a bit too easy and Cell-44 offers hints way too frequently. Personally, I like to be a bit more challenged by puzzle games, otherwise I get bored soon.

I didn't get bored with this demo because, well, it's too short for that, but the story also has a certain mystery that keeps you hooked, and I like Cell-44 so much! She's nice and funny, and I want to help her, but part of me feels in danger and even fears she will betray me, at the same time. I must admit I had completely forgotten it was just a demo when I finished playing and the story was left unfinished. Now I want more!

Something more before I post this (and if you're reading this, maybe consider it an spoiler, even though it's been mentioned in other comments already). Word of advice, though this might be my personal opinion and other players might not share it: it's really creepy to see my webcam light up when it's not supposed to. It kind of felt like an invasion of my privacy to have my camera take pictures of me without explicitly warning me beforehand. Now I know how it was used in game, and I think it's a really clever use of it because it contributes to the underlying creepiness of the plot (and warning the player beforehand might spoil the experience), but part of me feels a bit uneasy at the same time. Apart of that, as other players have said before, not all devices will have a webcam available, so relying on it could become a problem.

Sorry for such a long comment... Anyway! Might need a bit of polish here and there, but THE DOOR looks really promising! Great job, keep going! :)

Thanks Raquel  - we really appreciate your feedback and time :)

too technical for us to help from here - hope you managed in the end!

For folks looking at the binary, it says something like "please sign this contract, by signing this contract you agree The Door is good game sign below"

Why did the game use my webcam? Once when I started for a split second, and again after I finished. I thought it was gonna be a trippy and show me my face sometime during the game, but it never did.

Was it a glitch or something?

In the scene where Cell-44 says "I can't tell you to look at the frames on the ground" there's a few frames that have a picture from your webcam.

Oh I gotcha, I never noticed

yup - just as @nuvasuper mentions. And the pictures stays locally on your computer, so no worries ;)

If you buy this teaser/demo on itchio, will you get the full game when it is finished?

yes, but take this indie bundle, it is currently included in that :) https://itch.io/b/902/indie-bundle-for-palestinian-aid

Hi, Here's my coverage, i go pretty harsh in the final notes, don't take my toughts too personally :) Nice looking prototype, but i would say there's a lot more to do..

Thanks for taking your time! :)

Remember that not all devices have (web)cams (my PC doesn't), so don't make it too dependend on that (I assume the frames that I shouldn't look at would have contained pictures from the webcam).

For my taste the robot was spelling out the solutions to the puzzles too fast, even with simple puzzles there will be one or two that a given player may need more time on.

But again, an interesting game that I'm looking forward to seeing more of.

thanks for the feedback, appreciated! We plan to work more on balancing the fededback and the webcam integration is something we are still considering🤔

I would really like to play the game, but I think my device is unsupported. After the first few lines of dialogue, the game just crashes and goes back to my home screen. (Device is Oppo A9 2020)

Thanks for letting us know. We did not test on that specific device. Currently, for technical reasons, we only support Android devices supporting ARcore. (and sorry for the late reply, for some reason I did not get notification on your message :)

An interesting demo, with good puzzles, a nice built-up story-wise too so it makes you want to see more. I wasn't a fan of it using the webcam without user consent, that was creepy to say the least.

After finishing the demo the webcam came on and just stayed on so that was.. troubling. Maybe it's always on while in the menu?

thanks for playing, Cryptic - so cool to hear your reactions and thoughts on the game. It's really valueable for us in moving forward with this game :)

We are testing what level of "creepy" the webcam gives, and we know no other developers tried this type of implementation in a game before (to our knowledge). It may be a step to far in our effort to break "the 4th wall" and in the subject of personal information we are (also) dealing with in the game. It gives us room for thought on how the final implementation will be.  Thanks again!

It can be tough to break the 4th wall, I do remember a game making files in certain locations and having you look there to find a solution to an in-game puzzle. With the camera, maybe some play with filters could alleviate security concerns? Regardless, looking forward to seeing where the story goes. :)

considering the amount of streamers out there who want to keep their identity hidden, especially in the vtuber community, it might be preferable to have like a canned image to represent a fictional player character getting their picture taken

Yea, we are considering changes to this based on the feedback :) 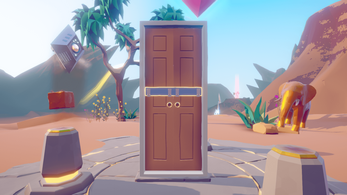 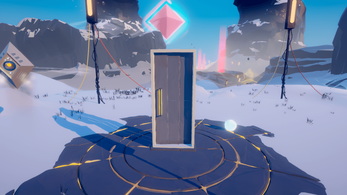 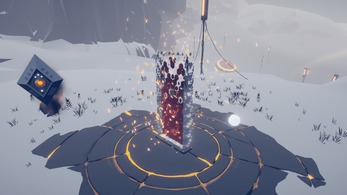 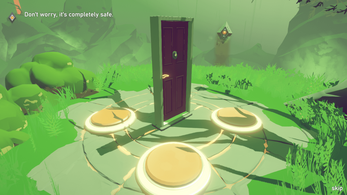 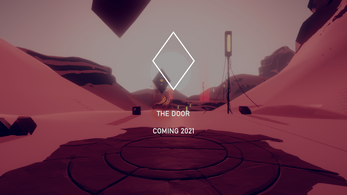